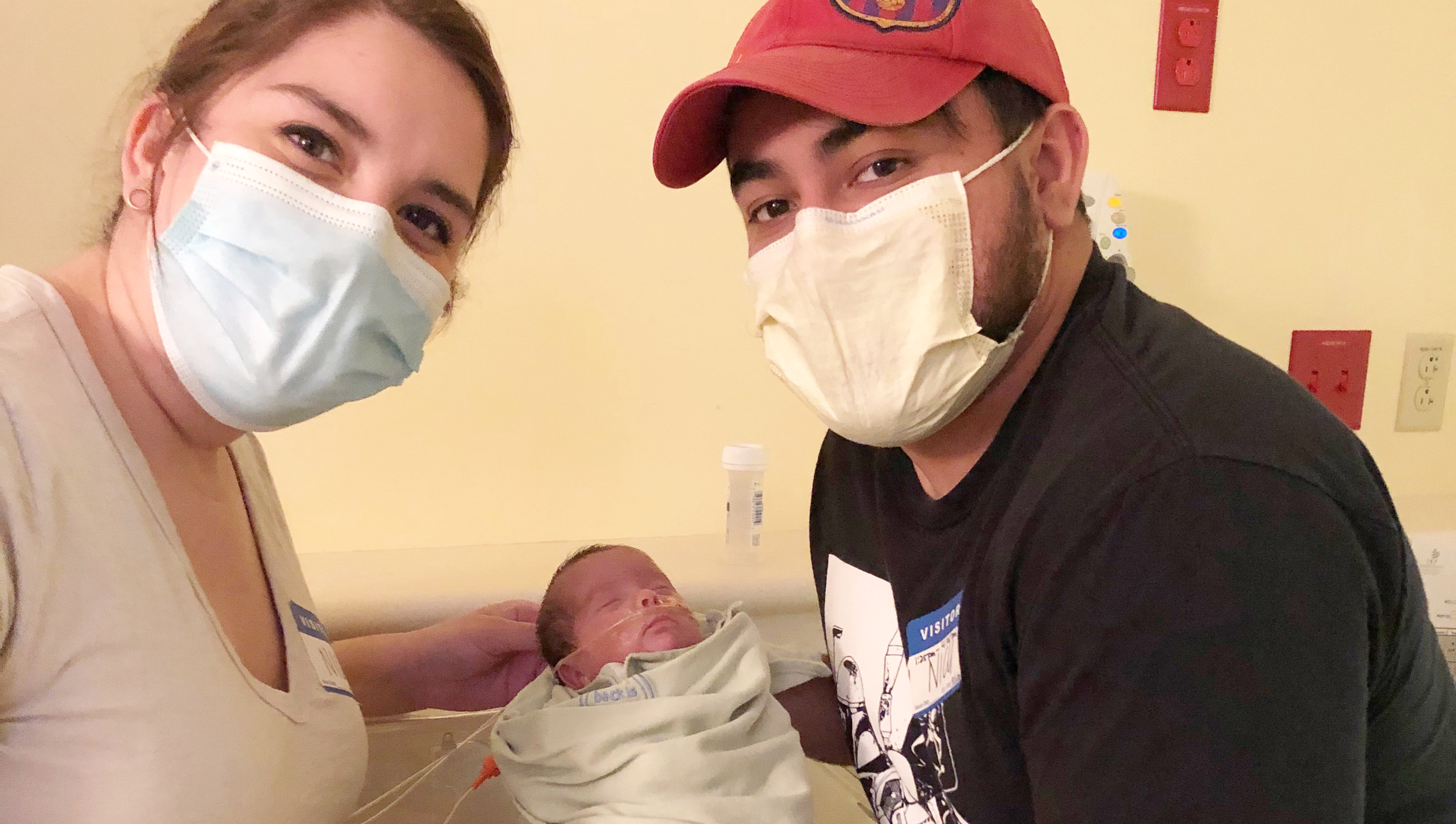 Posted at 14:43h in Family Stories, News by Laura Hallstrom

As the day went on, Ana started feeling off. Pregnant with her first child, she knew that something wasn’t right. After a trip the ER, Ana was diagnosed with pre-eclampsia and underwent an emergency cesarean section. On July 16th, Ana gave birth to her first child, a daughter named Valeria.

Valeria was born at only 28 weeks old and weighed two pounds, three ounces at birth. Because of the limited medical resources in her home-community, at just two days old, Valeria was transferred from a local hospital to Banner Children’s at Desert in Mesa to receive the specialized care she needed. “At 28 weeks, a baby’s lungs aren’t mature enough. She needed a ventilator,” Ana said.

Although Ana and new father Federico were grateful their daughter would be receiving the best medical care possible, Mesa was hours away from home and their support system. Hospital social workers soon gave the new parents relief when they introduced them to Ronald McDonald House Charities of Central and Northern Arizona. Just steps away from the NICU, the House provided their family with a place of refuge while Valeria grew stronger.

Very quickly, Ana felt relief knowing they were in good hands. “The staff is very friendly,” said Ana. “We know at any time of the day or night we can ask for something. We know they are always here in case we need something.”

The House not only gave the family a place to stay close to their daughter, but also alleviated some of the financial stress that comes with being away from home for so long. “We haven’t been home in over two months… so my income wasn’t what it was before,” Ana said. “We haven’t had to worry about living arrangements while we take care of our daughter in the NICU. We can really focus our efforts on helping our daughter get home,” she said.

Today, Valeria is breathing without the help of a ventilator and only relies on supplemental oxygen. She is no longer dependent on a feeding tube and has gained three pounds. As Valeria grows stronger each day, the progress makes her parents optimistic she will be able to leave the hospital in the coming weeks. “She has come a long way,” Ana said.

Along the journey, Ana’s appreciation for the greater community that supports Ronald McDonald House and families like hers has continued to grow. “We have gotten a lot of help. The community has donated quilts, story books and dinner at the House. That has helped us a lot – especially when we have tough days. They help keep us going and help us get excited for when we do get to bring Valeria home,” said Ana. “Ronald McDonald House Charities does great things to keep families together. They have really helped us.”