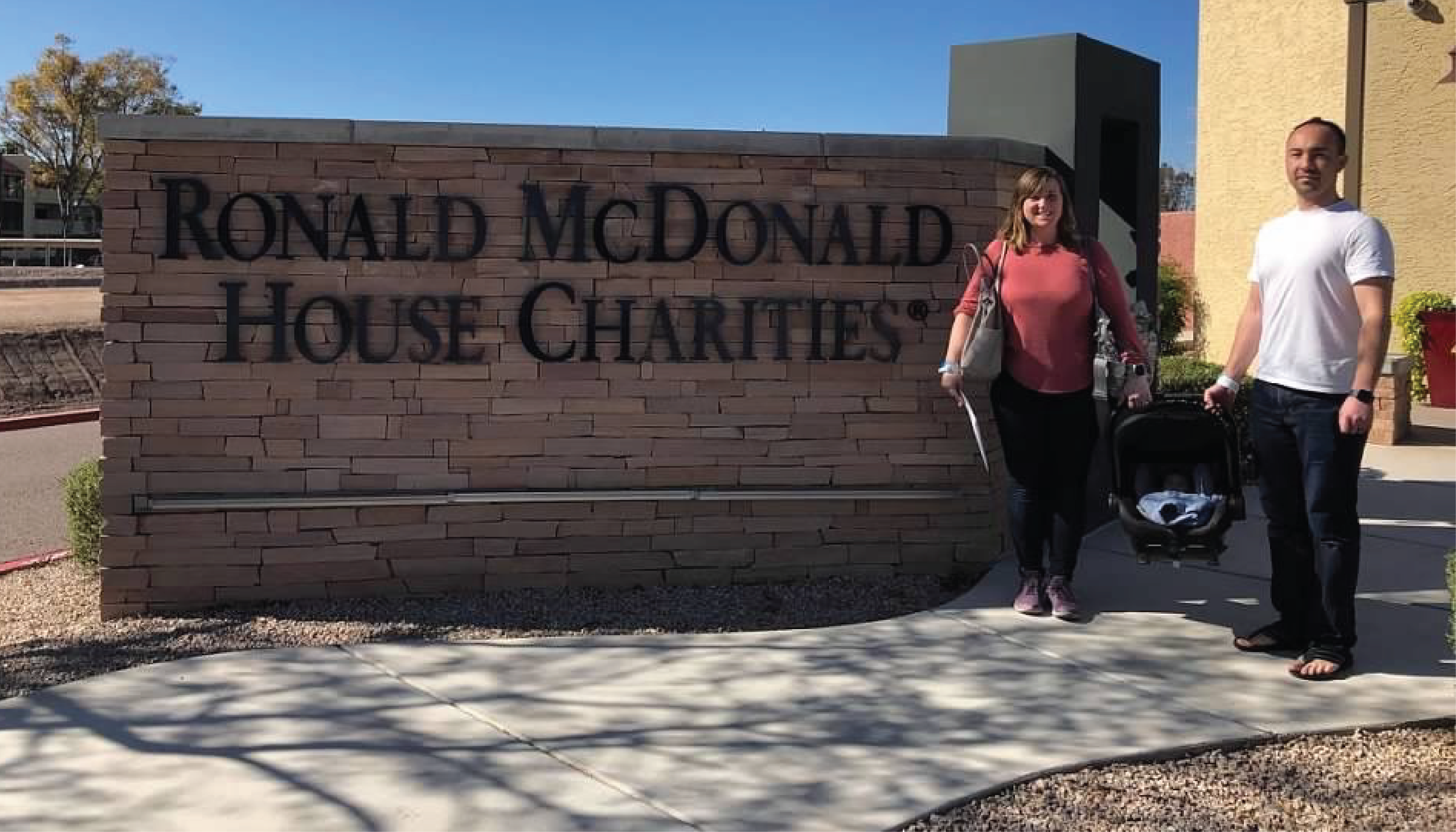 Posted at 13:54h in Family Stories, News by Laura Hallstrom

After a 2 ½-year journey that included one failed adoption, Amanda and Chris were overjoyed to be matched with a newborn baby girl in Phoenix. Within 24 hours of the call, they hopped on a plane from their home in the Bay Area.

The couple didn’t know how long they would be away from home, and they had no friends or family in Phoenix. To add to the unknown, they met their new baby Evangeline in the NICU, where she had been rushed for breathing problems. 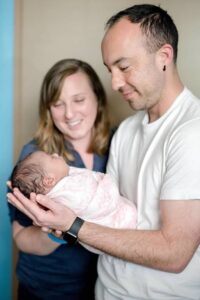 But that changed when the social worker at Banner Children’s at Desert told them about an opening at Ronald McDonald House Charities® of Central and Northern Arizona. There, they would find a place to call “home,” while remaining just steps away from the NICU.

During that first night at Dobson House with her new parents, Evangeline struggled to breathe. Amanda and Chris rushed her to the ER, literally across the parking lot.

“She had to be hooked up to oxygen, and she stayed in observation for an additional two days,” Amanda shared. “Those were the hardest days of our lives.”

The couple took turns staying with Evangeline in the NICU and returning to the House to rest and recharge. Once she was released, Evangeline joined her parents while they waited for approval to cross state lines. All told, it took 18 days before the family was finally able to return home 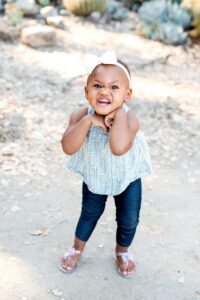 Amanda and Chris remain deeply grateful to supporters like you and everyone at Ronald McDonald House®. “[At the House], you are cared for, loved, and nurtured when your heart is heavy,” Amanda shared.

The family is also very aware of the special role Ronald McDonald House played in their adoption story. “The Dobson House was Evangeline’s first ‘home’ – we lived there for the first 1.5 weeks of her little life. It is intertwined in our adoption journey. Evangeline gets two homecomings – one to the Dobson house and one back in our home state of California.”

Today, Evangeline is a healthy, sweet toddler who loves to read books and tell jokes. Amanda and Chris hope that when she grows up, Evangeline will use her big heart to care for others, just like their family was cared for in their time of need.