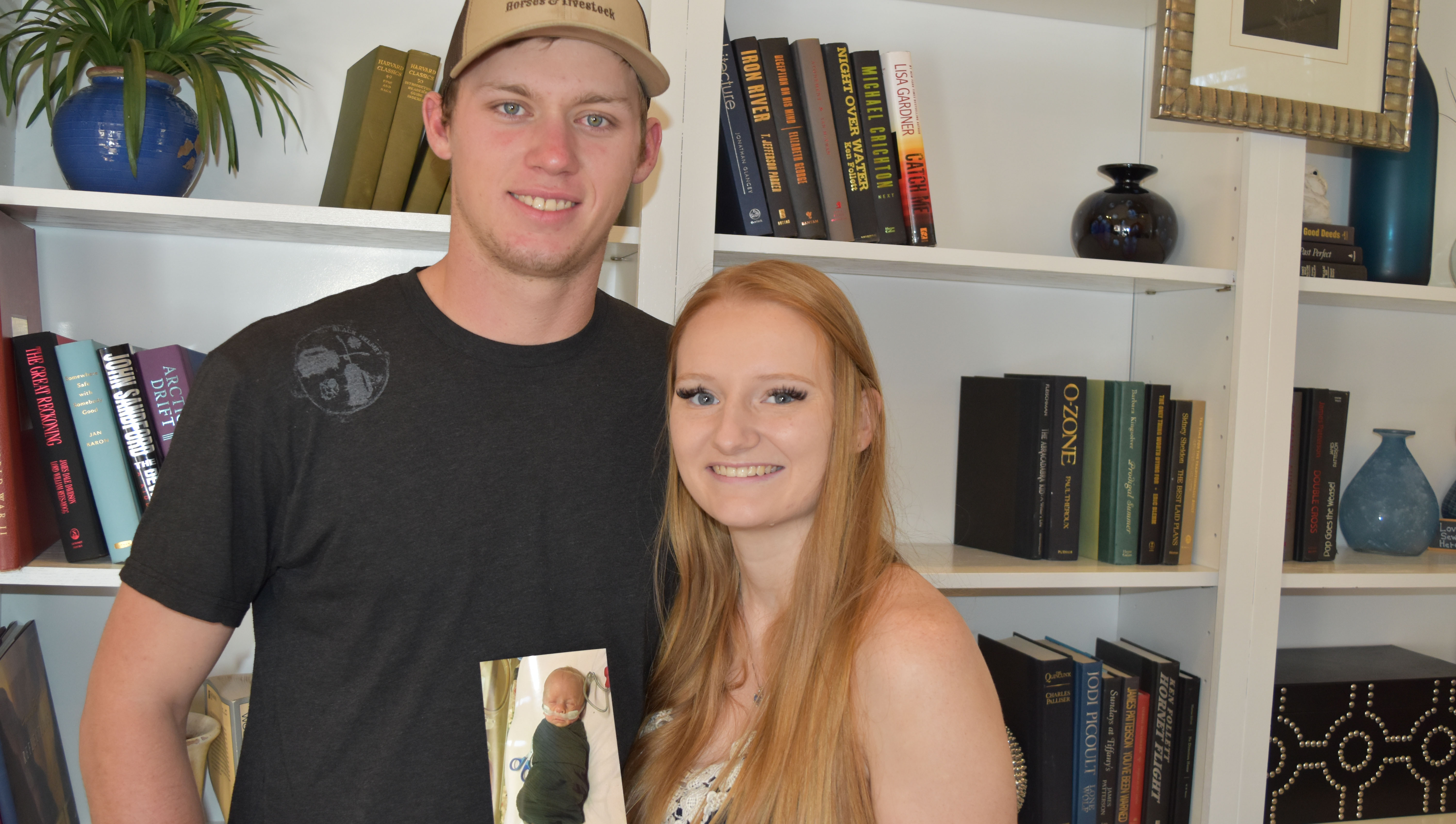 Posted at 11:37h in Family Stories, News by Laura Hallstrom

As first-time parents, Jaycee and Wyatt from Sunflower, Arizona expected to encounter a few surprises while awaiting their baby boy, but nothing prepared the young couple for this.

While visiting her parents in Payson, Arizona, Jaycee was experiencing elevated blood pressure, something that concerned her firefighter friend. After a trip to the ER, doctors sent Jaycee directly to St. Joseph’s Hospital where she was diagnosed with HELLP syndrome, a severe form of preeclampsia that causes liver issues. Adding to the unexpected, her husband Wyatt was in northern California, fighting a wildfire with his Payson Hot Shot fire crew. After over hours of traveling, Wyatt arrived at Jaycee’s side just in time to see the birth of their baby boy, Bo.

Born 100 days early weighing 1 pound and 10 ounces and measuring 12 inches long, Bo was considered a micro-preemie and would have to reaming in the hospital until he was strong enough to go home. That left Jaycee and Wyatt a hundred miles from home with weeks ahead of them. Where would they stay? Would they have to leave Bo alone in Phoenix?

But these worries were short lived after a hospital social worker told them about Ronald McDonald House. “It’s so nice having something so close,” Wyatt said. “Our house is almost two hours away, so being five minutes from the hospital eases the mind a little bit.”

Although different than they imagined, Bo’s parents are still cherishing every milestone they get to share with him. “We were able to hold him the day before he turned a month old,” Jaycee said. “It was really hard to go in there to see him but not be able to hold him. When we were finally able to pull him out it was probably the best feeling in the world.”

After 91 days at the House, Jaycee and Wyatt were ecstatic to take Bo home to Sunflower for the first time. Even so, they are grateful that Ronald McDonald House was, and will continue to be, there for them every step of the way. “It’s been an incredible experience,” Jaycee shared. “It’s made the roller coaster of the NICU a little easier by having some place to go where you feel safe and see people who are just there to help you, whatever you need.”