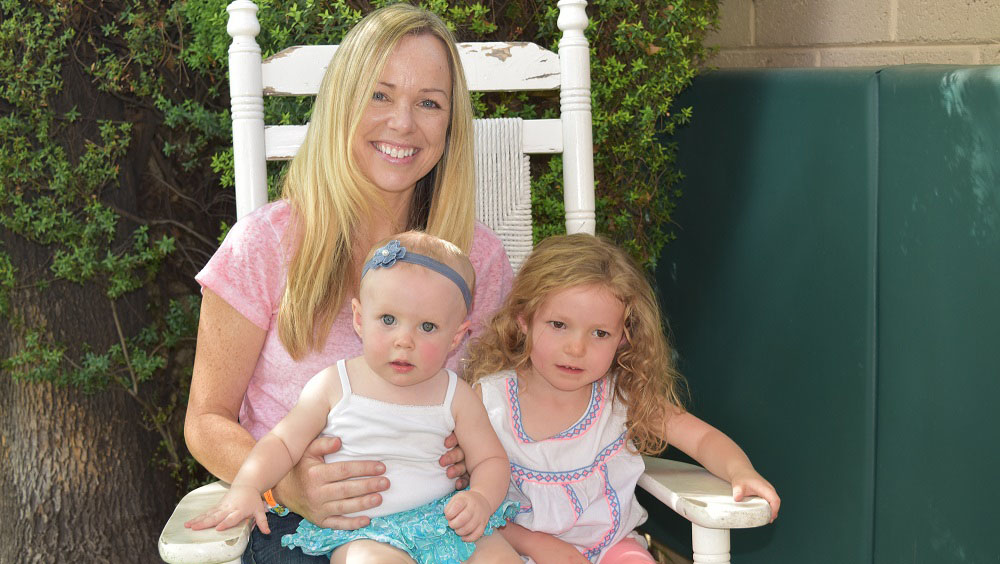 Posted at 15:46h in Family Stories, News by Laura Hallstrom

Three-year-old Orla loves her Big Bird stuffed animal, giving high-fives, and playing along with her sister, Sadie. But her day-to-day life wasn’t as simple as enjoying these basic childhood treasures.

Orla was born six weeks premature and had issues eating right away. Every time her parents tried to feed her, she would turn blue. Doctors implanted a feeding tube to get Orla the nutrients she drastically needed. “At that stage, you just want your daughter to be fed, no matter how it happens,” said her mother, Joanne.

A military family, Orla’s family lives in El Paso, Texas, where her dad is stationed at Fort Bliss. There, she was receiving feeding therapies two times a week, but the family knew they needed more interventions than what was available in El Paso.

While her father was deployed in Egypt, Orla, Sadie, and Joanne came to Arizona to seek treatment at Phoenix Children’s Hospital. Being thousands of miles from their support system, the Ronald McDonald House became essential to the family during this time. “We’re away from family, which is hard, but we’re able to stay here as a whole family. Plus being in the House gives us a chance to focus entirely on eating and having fun,” said Joanne. During their eight-week stay at the House, Orla received therapy five times a week and no longer needs to use a feeding tube for nourishment.

Ronald McDonald House served as a source of togetherness for Orla and her family during treatments. Cherished memories were made, including Orla’s sister’s first birthday and first steps. Joanne said, “Ronald McDonald House has definitely been a family to us, I mean that from the bottom of my heart. They do incredible stuff. What would be do without the House, I don’t know.”